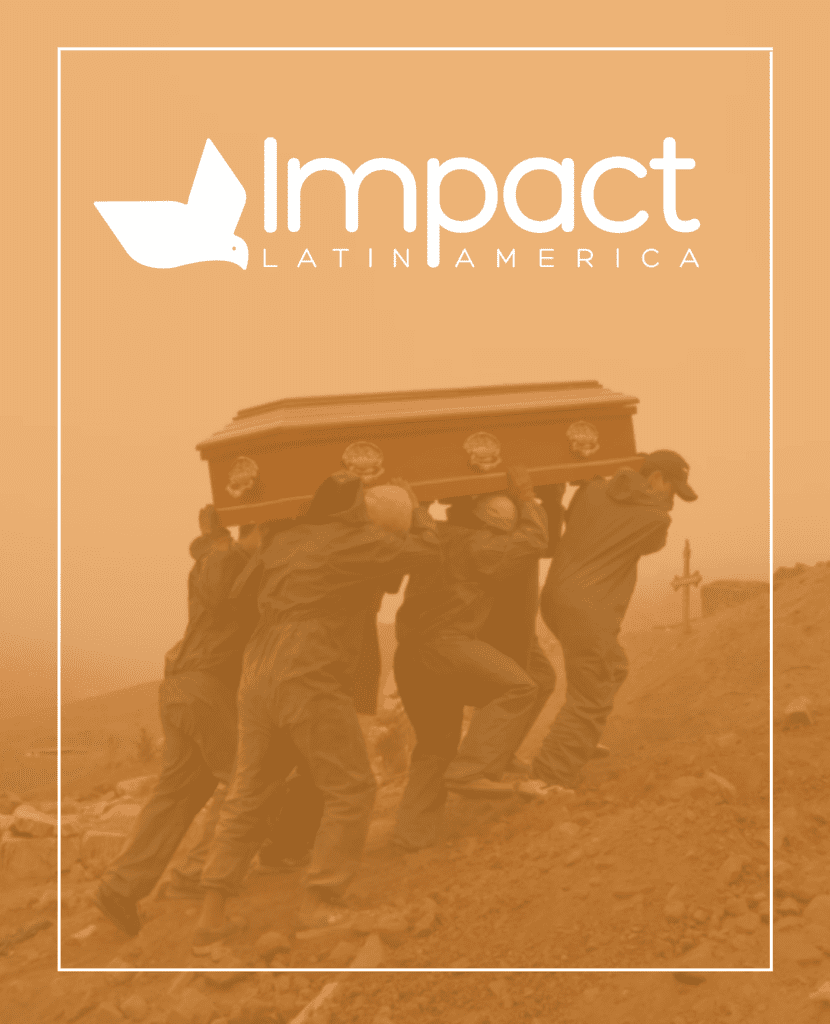 No other region has been hit harder by the pandemic than Latin America.

Worldwide, one in three Covid-19 related deaths are Latin American. Such grim statistics are primarily due to the fact that, for the vast majority of Latin Americans, a prolonged economic shutdown is impossible. Almost no one could afford to stay home. To survive, they had to keep working, even if that meant risking illness or death.

Read on to hear news from across the continent – and what Impact Latin America is doing to bring peace at a time when it is desperately needed.

These are grave concerns for future of Latin Americans – and many Latin Americans are working bravely to bring God’s peace. Despite the pandemic, the Community Church Planting (CCP) network have continued in their work multiplying disciples, leaders and churches.

Unsurprisingly, the CCP network leaders have themselves been affected. In Peru, where the death rate has risen a staggering 118%, two out of three CCP network leaders in Peru contracted covid. One of them is Oscar Luis Jorge Mansilla, a highly fruitful leader who has planted 29 Houses of Peace to date.

Although he is now fully recovered, Oscar Luis’ symptoms were so severe in January that he was hospitalized due to dangerously low oxygen levels. Even so, while recovering in the hospital he sent a text to friends that read, “I have a few more days here until my oxygen level returns to normal. I am making progress and keep doing my breathing exercises — but ABOVE ALL I AM FILLING MYSELF WITH GOD AND AM PASSIONATE TO BEGIN PLANTING MORE HOUSES OF PEACE.”

Oscar Luis is not alone in his passion to plant Houses of Peace. These Latin American leaders know that the effects of the pandemic are not reasons to stop or slow their efforts. Multiplying disciples, leaders and churches becomes all the more critical in times like these.

Because of their commitment, the last quarterly report from the CCP networks shown below records that the number of Houses of Peace held steady, while both Ecuador and Peru showed good gains. Whereas some have not been able to meet due to the pandemic, others have started, particularly in areas with access to digital means of communication.

In January, John Jairo Leal passed the supervision of the Free Methodist Community Church Planting (CCP) networks to David Lopez. This has allowed John Jairo to focus on the expansion of CCP into new networks and associations – a strategic choice that is already bearing fruit.

As death rates rise, democracy is threatened and large scale poverty threatens their economy, these Latin American leaders are waging peace with the most effective means available – the gospel. Transforming hearts by making disciples of Jesus – and showing them how to do the same for others.

Why? Because in the end, there is no other peace but God’s peace.

You can join them. Your prayers and financial contributions are essential to God’s work. Subscribe to our prayer calendar or donate below to support planting God’s peace in homes and communities throughout Latin America.